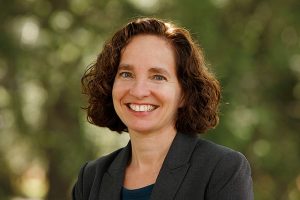 Join us for our 2018 Human Services Grant Award Luncheon at 11:30am on September 11th at Boar’s Head Inn Pavilion. We will be awarding $60,000 in grants, $30,000 each to two local non-profits supporting women and children in our community.

Our keynote speaker will be Risa Goluboff, the 12th, and the first female, Dean of the University of Virginia School of Law. Goluboff is a nationally-renowned legal historian, constitutional law expert, and educator. She will share her thoughts on how change happens and discuss her role chairing the working group of UVA deans and other University community members assessing the University’s response to the Charlottesville events of Aug. 11-12, 2017.

Goluboff is the author of The Lost Promise of Civil Rights (Harvard, 2007), which won the 2010 Order of the Coif Biennial Book Award and the 2008 James Willard Hurst Prize. Her second book, Vagrant Nation: Police Power, Constitutional Change, and the Making of the 1960s (Oxford, 2016) was supported by a 2009 John Simon Guggenheim Foundation Fellowship in Constitutional Studies and a 2012 Frederick Burkhardt Residential Fellowship from the American Council of Learned Societies. It received the American Historical Association’s 2017 Littleton-Griswold Prize, the 2017 Lillian Smith Book Award, the 2017 John Phillip Reid Book Award and the 2016 David J. Langum, Sr. Prize in American Legal History, among other honors. Goluboff is also co-editor (with Myriam Gilles) of Civil Rights Stories (Foundation Press, 2008), and the author of numerous shorter works.

Goluboff has been quoted or cited by The New York Times, Time, The Atlantic and more, and she has appeared on PBS documentaries and the popular radio podcast “BackStory.” Her commentaries frequently appear in Slate.

In 2008, Goluboff received the Law School’s Carl McFarland Award for excellence in faculty scholarship, and in 2011 the University of Virginia’s All-University Teaching Award. She is an affiliated scholar at the Miller Center and a faculty affiliate at the Carter G. Woodson Institute for African-American and African Studies. In 2012, Goluboff was named a distinguished lecturer by the Organization of American Historians. From 2011 to 2016, she directed the University’s J.D.-M.A. in History Program. Goluboff has served as a visiting professor at Columbia, Chicago and New York University law schools. She was elected to the American Law Institute in 2017.

Prior to joining the Law School in 2002, Goluboff clerked for Judge Guido Calabresi of the U.S. Court of Appeals for the Second Circuit and Justice Stephen Breyer of the U.S. Supreme Court. She also served as a Fulbright Scholar to South Africa.