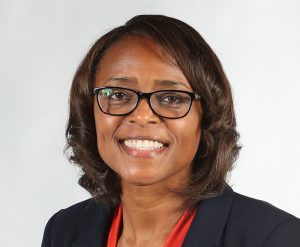 Carla Williams, Director of Athletics for the University of Virginia, will be the keynote speaker for our SOLD OUT 2019 Human Services Grant Award Luncheon at Farmington Country Club on October 22, 2019. Ms. Williams will inspire us with her keynote remarks, “Women in Sports Leadership in 2020”, and we will award $60,000 in grants of $30,000 each, to two local non-profits that serve women and children in our community.

Appointed as UVA’s director of athletics on October 22, 2017, Ms. Williams’ unique background of competing, coaching and administering at the highest levels of intercollegiate athletics at the University of Georgia made her a standout candidate for her current role at UVA. During her thirteen-year tenure at the University of Georgia, first as an administrator and then Director of Athletics, its athletics teams won 16 NCAA team championships and 37 Southeastern Conference titles. With this appointment, Williams became the first female African-American athletics director at a Power Five conference institution and is the fifth active female athletics director at that level.

Williams served as an All-SEC guard on the basketball court, then helped to recruit and coach some of the greatest teams in Georgia Athletics’ history, before moving on to become one of the highest-ranking female administrators in Division I athletics.  Prior to joining the Bulldogs’ staff, Williams was an assistant director of athletics at Vanderbilt (2000-03) and an associate director of athletics (2003-04). She oversaw 11 men’s and women’s sports as well as the Commodores’ CHAMPS/Life Skills program. From 1997-1998, Williams was coordinator for student-athlete development and life skills at Florida State. While completing her Ph.D. in sport administration, Williams was also a graduate assistant for athletic academic support from 1998-2000.

At the University of Georgia, Williams was instrumental in enhancing the lives of its student-athletes and preparing them for a life beyond athletics, including its comprehensive “The Georgia Way” program. She worked to build ties for Bulldog alumni, including the creation of UGA’s NFL alumni development program. Her involvement at Georgia included serving as a member of the student-athlete conduct committee and student wellness committee. She also was involved in general campus affairs, which included serving on the University’s Terry College of Business board of directors and being active in numerous campus personnel search committees. The NCAA and national organization committee membership are a big part of Williams’ resume. She served on the executive committee (2010-2014) for the National Association of Collegiate Directors of Athletics. She was a member of the Southeastern Conference’s executive committee (2009-2011), participated on the NCAA women’s basketball issues committee (2010-2014) and was an executive board member of the National Association of Collegiate Women Athletic Administrators (2007-2009).

At the time of her appointment, Williams said, “I am extremely grateful for this opportunity to lead one of the nation’s elite athletics programs. Academic achievement, athletic excellence, operating with integrity, a commitment to maximum effort at all times and a strong sense of teamwork and unity are the core principles that will guide our athletics department under my leadership. My career progression is the result of a commitment to education. Athletics provided the opportunity for me to attend the University of Georgia as a first-generation college student and my advanced degrees enabled me to further my growth and develop my career as an athletics administrator. I look forward to serving our student-athletes, coaches, and staff on a daily basis.”

Williams and her husband, Brian, associate professor of public policy for UVA’s Batten School of Leadership and Public Policy, have three children: daughters, Carmen and Camryn, and a son, Joshua. To follow Carla Williams on Twitter: @ADWilliamsUVA.