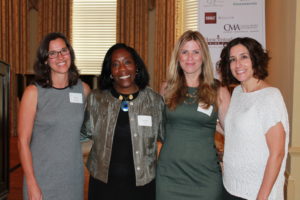 At our November 3 Luncheon, Women United announced our 2016 Human Services Grant Award recipients: Albemarle Housing Improvement Program for Children Safe at Home and Piedmont Housing Alliance for Nutrition and Community at Friendship Court. We awarded $20,000 to each organization. 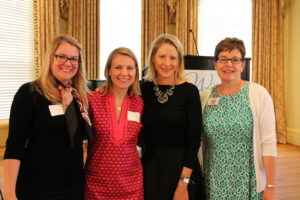 Van Ogtrop is the author of Just Let Me Lie Down: Necessary Terms for the Half-Insane Working Mom, which was published by Little, Brown in 2010. She has appeared on shows including NBC’s Today, ABC’s Good Morning America, Live! with Kelly, and CNN. In 2014, van Ogtrop was named by Fortune as one of the 55 most influential women on Twitter.

Before joining Real Simple, van Ogtrop was Executive Editor of Glamour. Previously she held positions at Vogue, Travel + Leisure and Premiere. She has served as an instructor at Columbia University’s Publishing Course and New York University’s Summer Publishing Institute. Her essays and articles have appeared in a variety of publications, and in The New York Times bestseller, The Bitch in the House.

Van Ogtrop received a B.A. from the University of Virginia and an M.A. from Columbia University. She lives with her husband and three sons in Westchester County, NY.